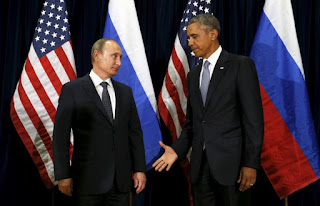 How to Work With Russia in Syria

By: Luay Al-Khatteeb and Abbas Kadhim

It’s hard to fight a war when one’s allies can’t agree on an enemy. And that is exactly the situation the United States has faced in Syria. As Washington has tried to build a coalition for the fight, it has had to manage allies in the Gulf that want to fight Syrian leader Bashar al-Assad but not radical Islamists. It has had to deal with Turkey, which stands against Assad and radical Islamists, but mostly just wants to take on the Kurds. Another U.S. ally, Israel, watches the swirling entanglement of enemies with uncertainty, and seems ready to intervene if major threats materialize. And finally Germany wants to arm the Kurds, and U.S. Special Forces have already partnered with them. In all this confusion, it isn’t surprising that the coalition’s results against the self-proclaimed Islamic State (also called ISIS) have been lackluster.

Enter Russia, with a lean coalition and a decisive goal. Russian President Vladimir Putin is determined to restore his country’s power and prestige in the Middle East. In Syria, Russia is moving in to save its last Arab friend, Assad, from being replaced by a radical Sunni government or (less likely) a pro-American government composed of the current opposition members in exile. After Syria, Russia is looking to Iraq, where U.S. prestige has taken a hit as ISIS has managed to hold territory. For Russia, Iraq could be the greatest prize of all, with its 150 billion barrels of oil and history of failed U.S. intervention.
In the Middle East, Russia has several advantages. First, there aren’t as many contradictions in Russia’s interests there. By comparison, U.S. policymakers have the impossible task of pleasing many key allies, whose demands are often non-negotiable and mutually exclusive—the Israelis, the Saudis, the Qataris, the Turks, and the Iraqis. Russia has two governments on its side—Iran and Syria—both of which fully endorse its presence in the region. A third partner, Iraq, is quickly coming along.
And then there is popular perception. Alarmingly high numbers of people in the region believe that the United States is up to no good, and the United States hasn’t done much to convince them otherwise. Meanwhile, the Russian promise of applying full force for a quick solution naturally appeals to those whose lives have been put on hold for the duration of this crisis.
Read More.
Posted by Unknown at 10:48 PM No comments: 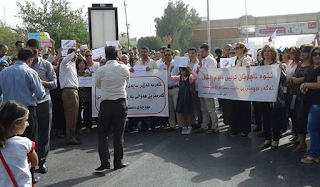 The U.S. Should Preserve Democracy in Iraqi Kurdistan

As Iraq is facing an existential threat from ISIL, the terrorist group that captures Mosul and other territories in June 2014 and has been committing heinous crimes against Shia, Christians, Izadis, and even many Sunnis, there is a gathering storm slowly progressing in the one relatively stable and prosperous area in the country, the Kurdistan Region of Iraq (KRI).  Although the current KRI law clearly states that the President is limited to two terms, Kurdistan Regional Government (KRG) President Masoud Barzani has been clinging to power and refusing to step down after the end of his second term.  His supporters and members of his party, the Kurdistan Democratic Party (KDP) have intimidated the opposition and even physically assaulted his opponents inside the KRG Parliament.  Popular and media opposition were often met with an iron fist.

Since the 1970s the KRI has been divided politically into two major political persuasions, the traditional tribal patronage system of the KDP under the Barzani family and its network of allegiances in Arbil and Dahok, and the progressive leftist Patriotic Union of Kurdistan under the Talabani family in Sulaymaniyah. The latter was part of the KDP before splitting from the KDP in 1975.  Since then, they fought common enemies, mainly the Iraqi government, as one front but they maintained their rivalries and disputes over leadership, revenues from legal and illicit border trade exchange, and the vision for the political future of Kurdistan.  These rivalries erupted at times in an all-out war that crossed all redlines.  In 1994, the two groups fought each other and the PUK took the towns of Shaqlawa and Chamchamal from the KDP, leading to a large scale Kurdish civil war forcing KDP leader Masoud Barzani seek military help from no other than Saddam Hussein, the Iraqi despot who previously used chemical weapons and other forms of genocide against the Kurds.  In September Saddam Hussein’s troops committed yet another massacre in the KRI, but this time with the blessing of the Barzani family that claimed monopoly over the Kurdish struggle against Baghdad’s oppression.  Two months later the PUK retook Sulaymaniyah and, in January 1997, two governments were announced in the KRI, each claiming legitimacy over all KRI territories.  This state of war continued until 1998 when the PUK and the KDP signed a peace agreement in Washington, but the parties remained politically apart until 2002.

Although the post-2003 democratic transition in Iraq was very helpful to the KRI, an area that remained relatively stable, secure, and economically prosperous, the large measure of autonomy blocked any outside influence from taking effect in the KRI.  The two parties effectively monopolized the region’s rule and each one enjoyed a free hand to run the affairs of its traditionally controlled territories anyway it pleased.  However, harsher transgressions are often reported in the KDP jurisdiction.  There is some silver lining in the KRI, represented by the rise of a vibrant third party, Gorran (Change), but it is often defanged by the more entrenched and militarily superior traditional forces.  However, it has admirably stood its ground in the political arena and steadfastly opposed the anti-democratic tendencies of the old guard.
The current clashes between the supporters of KRG President Barzani’s third term – his second term ended in 2013 and was extended for two years until 19 August 2015 – and those who fight to uphold the KRI law can easily slip into another civil war that revive the old wounds.  Kurdish Government fired live bullets on protestors in the past days, killing and wounding some of them.  This led to a wave of rage against the KDP, whose buildings in KRI areas outside its jurisdiction were attacked and burned, as finger pointing and blame spreading in all directions.  Again, the unhealthy measure of autonomy in the KRI allowed no role from the Federal Government of Iraq, which is already bogged down by its own mammoth challenges anyway and is happy to be relieved from such a role.

This dangerous situation calls on outside powers that maintain good relations with the Kurds to intervene and help prevent the conflict from escalating into a high-scale wave of violence.  The U.S. government enjoys great respect and special friendship all over the KRI and is best equipped to play a successful role to stabilize the situation.  In 2014, U.S. officials pressured the former Iraq Prime Minister Nuri Al-Maliki to step aside and give up his bid for a third term, even though he won the highest number of votes than any other candidate in the Iraqi general elections and his bloc won most seats (three times more than its closest rival) and the Iraqi Constitution did not prohibit him from a third term.  The U.S. position was based on a general rejection of other Iraqi political groups of Maliki’s third term.  It is only reasonable that the U.S. take a similar position and call on KRG President Masoud Barzani to transfer power peacefully in light of the general position taken by eight Kurdish parties rejecting his recent coercive political measures to stay in power in defiance of the current Kurdish law, whose party (the KDP) negotiated with other major Kurdish political parties.

The region is already entangled in many conflicts, some of them are inevitable.  Now that the U.S. is dealing with the prospects of a renewed Cold War rivalry with another heavyweight actor, Russia, that decided to throw its hat in the Middle Eastern ring, the imperative to move in and prevent a preventable conflict while it is still in the early stages should not be a matter of discussion.  The KRI is not just about Iraq, but a region that U.S. foreign policy makers have always considered its instability a potential destabilizing factor in several countries.  Now is the worst time to abandon this doctrine. The US must support a democratic Kurdistan as an integral region of federal Iraq, as part of its commitment both prior to, and post-2003 to sustain democracy in Iraq and future stability in the region at large.
Posted by Unknown at 1:22 PM No comments: 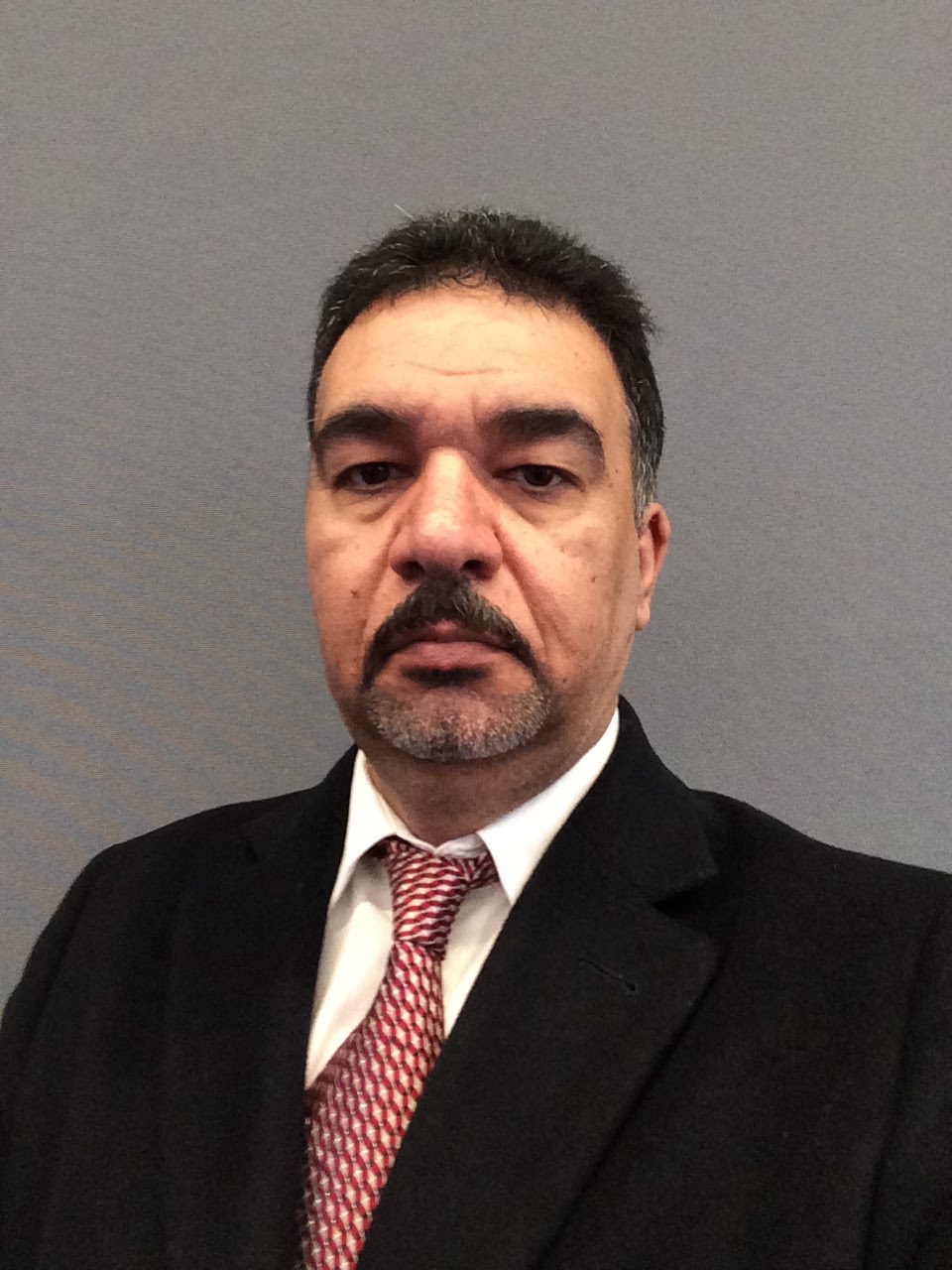 Dr. Abbas Kadhim (Twitter: @DrAbbasKadhim) is an academic and author with research interests in Iraq, Iran, Persian Gulf, and Islam. He is a Senior Foreign Policy Fellow at the FPI-SAIS, Johns Hopkins University, and President of the Institute of Shia Studies in Washington, DC. He earned a Ph.D. from the University of California, Berkeley in 2006. Between 2005 and 2013 Dr. Kadhim was an Assistant Professor of National Security Affairs/Middle East Studies at the Naval Postgraduate School in Monterey, California, and a Visiting Scholar at Stanford University. Prior to Joining SAIS, Dr. Kadhim held a Senior Government Affairs position at the Iraqi Embassy in Washington, DC. He is the author of Reclaiming Iraq: the 1920 Revolution and the Founding of the Modern State, Austin: University of Texas Press, 2012; and “The Hawza under Siege: A Study in the Ba’th Party Archives“, Boston University, 2013. Other publications include: – Handbook of Governance in the Middle East and North Africa, London: Routledge, 2013. – “Efforts at Cross-Ethic Cooperation: the 1920 Revolution and Iraqi Sectarian Identities,” International Journal of Contemporary Iraq Studies, vol. 4, issue 3, 2010. – “Forging a Third Way: Sistani’s Marja’iyya between Quietism and Wilāyat al-Faqīh, in Iraq, Democracy and the Future of the Muslim World, edited by Ali Paya and John Esposito, Routledge, 2010. – “Beyond the Oil Curse,” Iraq’s Wealthy State and Poor Society,” in Bob Looney (ed.), Handbook of Oil Politics, London: Routledge, 2012. – “Opting for the Lesser Evil: US Foreign Policy Toward Iraq, 1958-2008,” in Bob Looney (ed.) Handbook of US Middle East Relations, London: Routledge, 2009. – The Shia Sects (by Hasan b. Musa alNawbakhti), Translation with introduction and notes, London: ICAS, 2007.